Temperature might be the most commonly used and arguably most effective means of Legionella management, but that might not always be the case. There are scenarios where it is impractical or potentially problematic to rely on temperature control methods and alternative methods such as Biocides might be considered. Chlorine Dioxide is one of the approved biocides according to HSG 274 part 2.

What is Chlorine Dioxide?

Chlorine dioxide is a chemical compound and is one of many oxides of chlorine, given that it’s a potent oxidising agent, it’s often used as a means of water treatment.

In its raw state, it’s a yellow-green gas and is highly volatile and explosive at concentrations over 10% in the air. This is a double-edged sword for the compound as it can’t be stored in any large quantity and requires generation at the point of use.

Chlorine dioxide is usually generated by reducing sodium chlorite or sodium chlorate using a strong acid to facilitate the reaction.

Use as a Biocide

Chlorine dioxide is a very versatile and effective biocide as it reacts with a wide range of organic material. Even at low levels within water, it can still deactivate bacteria.

In most circumstances, chlorine dioxide is a better disinfectant than chlorine, particularly against waterborne bacteria, viruses and protozoa, including:

The active dose required will vary depending on the conditions within the system although before introducing it into the water system, a thorough clean should be carried out to remove as much contamination as possible. Generally cleaner systems will require a lower initial dosage whereas more contaminated systems will require a higher concentration.

A good average to try and achieve is 0.1 – 0.5 mg/l at every outlet, this will mean changing the dosing level to suit the size and complexity of the system.

This approach has the added benefits of keeping consistent protection without being compromised by pH levels, water hardness or temperature.

The most common way of including chlorine dioxide in a system is to install an automatic dosing system. The dosing system will usually have two dosing pumps controlled by a water meter or a conductivity probe that will regulate the level of the chemical within the water. When called for the pumps will dose in unison to deliver chemical into an activation chamber which is proportionally dosed into the main water system.

Summary of advantages of Chlorine Dioxide over Chlorine

While chlorine dioxide may not always be the best option for controlling Legionella, it does have its uses and situations that play to its strengths, as such careful consideration is required before including it in a control programme.

How Important is Record Keeping? 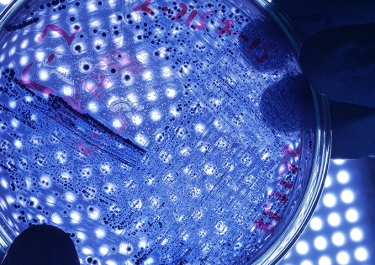 Responding To A Positive Legionella Sample

Any cookies that may not be particularly necessary for the website to function and is used specifically to collect user personal data via analytics, ads, other embedded contents are termed as non-necessary cookies. It is mandatory to procure user consent prior to running these cookies on your website.